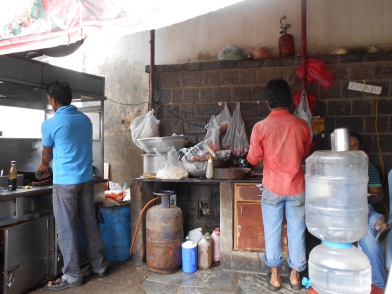 This CNN article by University of Chicago student Michaela Cross on her experience with sexual assault during study abroad in India has been making the rounds.

RosieSays, a UChicago grad, describes the range of reactions she felt reading the piece. Another UChicago student, also on Michaela’s trip, explains her own experience, and why we should be more conscious of racism and the fact that sexual assault occurs everywhere before rushing to judgement. And one Indian man wrote a letter apologizing on behalf of other men.

I’ve heard horrible, unbearable stories about sexual assault in India. I don’t have all the statistics, and I’ll leave that to the experts and journalists. Even without statistics, I know that it is a terrifying reality for both female and male Indians and foreign travelers. It should not be diminished, and I do not question that Michaela’s experience was real and traumatizing. I have only sympathy, and respect that she was brave to tell her story.

I can’t explain why sexual assault happens, in India, or anywhere, or the experience of anyone else. The only thing I can describe is my own experience as another white, female, American, University of Chicago grad living in India.

The water men: they delivered water bins to our home daily–and saw me in my hot-weather pajamas, sleeping on the living room floor, or even occasionally only in a towel after a shower–and yet never made me feel uncomfortable

The auto drivers: I typically had at least two different auto drivers a day, and some that I would see more regularly would wait to drive me home after work or the gym, knew my route, and would help me find other autos if they couldn’t drive me that day

The friends: we would work on projects together; share meals, drinks, and rides alone; have great conversations; and amazing dance parties

The “security guards:” the guards in my colony were so harmless, I was worried they were too harmless

The waiters: while pretty bad at customer service, the staff at the cafes I frequented never bothered me, even if I was one of the last people and only females in the cafe as it closed for the evening

The teachers, staff, and students: I worked with them on projects, and they were always respectful

The gym guys: I had inside jokes with the trainers and other exercisers at my gym, and they were always friendly

The cafe guys: on the occasions that I had to eat by myself as the only girl at the tiffins cafe near my work, the packed room of guys mostly ignored me even though I clearly stood out

A few months after the Delhi rape that raised international awareness about sexual assault in India, I showed up at school  to find 8th and 9th class students practicing a skit for an upcoming school competition. The scenario was a girl walking home alone when she is attacked by two men. Two females find her passed out on the street, help her up, and together go to the police. They report the case to the police, who find and arrest the two attackers, and then the women help take the victim to safety.

They won a prize for their skit.

I mostly wore conservative Indian clothes, and occasionally a scarf around my head, but not always, and probably not even enough. Every once in a while I would get stared at (more out of curiosity than anything else), or I would feel uncomfortable when I was in an auto alone at night and the driver would ask too many questions. I wouldn’t really stay out or go out past 10 pm if I was by myself. I was always aware of my surroundings, with a general sense of location, phone, cash, and usually a friend by my side. And I avoided the big crowds of men at festivals or bars.

But I lived in India for 10 months, and in that time I was alone quite a bit, and interacted with Indian men–from the men who sold bananas on the street or tailored my clothes to those that went to the best universities–every day. I wasn’t living sheltered in a hotel or dorm where my only interaction would have been with trained staff. I lived in a house with other Americans, but beyond that, I was frequenting the same locations and using the same transportation as other wealthy, middle-class, and low-income Indian men and women.

One day I conducted a survey of students for an NGO, and one of the questions asked how the 12-year old female student would react to a strange man on the train putting his hand on her lap. The students explained that they would slap him and run to the nearest safe adult to report him.

I’m not sure who they learned that from, though it certainly made me proud. Even so, I wrote here about how there is still a lot of room to grow when it comes to education about gender, puberty, and sex in low-income schools in India.

Sexual assault (and PTSD for victims) are horrible, real, on-going problems. Sexual assault does not differentiate based on race, location, wealth, or gender, and it’s serious no matter where it happens or who it happens to. It requires concerted, collaborative efforts towards change and greater awareness.

If I’m being honest, I often feel more uncomfortable and fearful in the US than I did in India. More than any stares or bad interactions with Indian men, I more vividly remember the stares and whistles from old men at street cafes in Italy when I was 15; the comments on my looks from men on the street or cab drivers, or the concern that someone is following me, when I’m by myself in New York, San Francisco, or DC; the creepy guy who wouldn’t leave me alone on the beach in Israel; and the encounters with drunk guys in high school in California and college in Chicago.

And yet, even if I felt safe, I remain all too aware that India has not been safe for so many friends, women, and travelers; that women’s rights are unequal; and that there needs to be much more educational awareness for both genders about assault, abuse, and other women’s issues.

My experience in India was mine alone, and it was far from perfect or easy. But I have a difficult time not sharing my own story when much of what I read is that the experience of white, female travelers in India is negative.  As one of the bloggers wrote in her CNN response: “When we do not make the distinction that only some men of a population commit a crime, we develop a stereotype for an entire population. And when we develop a negative stereotype for a population, what arises? Racism.”

If I can definitely relate with Michaela on one thing though, it’s that I can never fairly sum up my experience in India in one sentence. It was too complex, and anything I say is inevitably incomplete.