I haven’t found much time to write, but I’ve luckily still found time to read. There were many things I read this year that transformed the way I think about the world and the way I wish to act in it. Here are some of my favorites:

Pedagogy of the Oppressed by Paulo Freire

The New Jim Crow: Mass Incarceration in the Age of Colorblindness by Michelle Alexander

The Empathy Exams by Leslie Jamison

Out of the Mountains: The Coming Age of the Urban Guerrilla by David Kilcullen

Regarding the Pain of Others by Susan Sontag

The Love Affairs of Nathaniel P by Adelle Waldman

The Case Against Sharing – Medium

Is For-Profit the Future of Non-Profit? – The Atlantic

We Aren’t the World – Pacific Standard

Zosia Mamet on Why She Won’t Lean In, Thanks – Glamour

12 Things White People Can Do Now Because of Ferguson – Quartz

What’s Wrong with Sentimentality – The Atlantic

The Power of Exponential Community – Medium

In the Name of Love – Jacobin

My friend solicited open letters to high school students for a project for work. Here is what I wrote last Friday afternoon. I found that I was really writing it as reminders to myself based on things I’ve recently been thinking about and learning, so in multiple respects it was a great and fun exercise.

We don’t know each other, but some of the best advice I’ve ever received has been from strangers. In fact, everything you’ll read here I’ve learned from others. There are things I think I know now that I wish I knew when I was in high school. Perhaps I wasn’t ready to really hear it, or I didn’t have the context for understanding its relevance. Here are some of the things I wish I started doing earlier, which are as much reminders to myself to do them now as they are advice to you.

Have empathy. You may have heard the phrase “walk in someone else’s shoes.” Empathy is listening to and learning about someone else, and acknowledging their experience as something real and valid even if it is different from your own or you don’t completely understand it. Empathy is not the same as sympathy—a proactive concern and desire to improve the situation of others. (This great animated video demonstrates the distinction between sympathy and empathy.) We should all strive to be more empathetic, and to be open–really open–to listening and learning from everyone around us.  END_OF_DOCUMENT_TOKEN_TO_BE_REPLACED 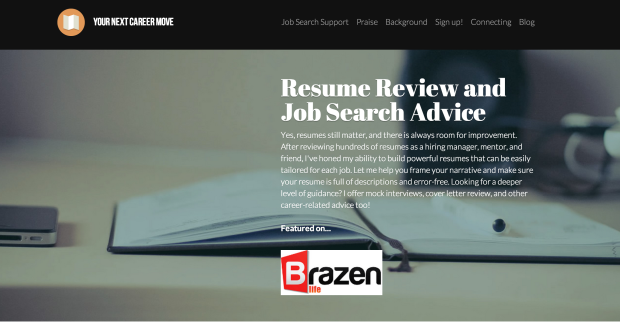 In the spirit of trying new things and “building and shipping,” I recently launched a resume review and job search advice service that I hope to iterate and grow overtime as a side-business. Learn more and sign up here!

One of my last pieces for SocialStory’s Celebrating Failure Series.

For the next edition of our series on lessons from failure, SocialStory spoke with Vipin Thek, who works for the Global Office at Ashoka. He previously led the Youth Venture program in India and co-founded an organization in Chennai that works to prevent child sexual abuse.

Here is his excellent advice for changemakers everywhere:

1. There is no failure, only growth

“I don’t follow the concept of failure,” says Vipin. “I believe that if you really look at life, there is no failure, only growth. When we do something that doesn’t go as planned, we need to learn from those experiences and grow from there, and not view it as a failure.”

END_OF_DOCUMENT_TOKEN_TO_BE_REPLACED

Making an ask of someone, whether for work, fundraising, your job search, or a friend, is difficult to say the least. But I’ve found again and again that it’s always better to take a risk and ask. As Deborah Mills-Scofield writes in HBR:

“When we don’t use the “Power of the Ask” we are in essence saying “no” before the question has even been asked — saying no to opportunities that change our businesses, our organizations, ourselves…and actual lives. So even if it feels uncomfortable, look for even just a small way can you use the “Power of the Ask” in your network — for someone you work for, with or manage. Make this your year of the Law of Accelerating Returns.”

I’m always working to make my asks better. So instead of giving my own advice, I thought I’d share some of my favorite articles about making asks.

END_OF_DOCUMENT_TOKEN_TO_BE_REPLACED

I wrote an article for the Brazen Careerist blog with job search tips, including: